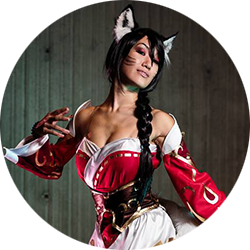 Nuggins has been a cosplayer since 2010. During this journey, she has gained close friends and valuable social insight. While styling to the highest quality possible, she hopes to reinforce the ultimate message shared by many of her peers: That cosplay is for everyone – no matter your age, weight, skin color, health condition, or gender identity. There are no limits to our shared love in fandom as long as we remember to treat each other with respect and speak out against abusive behavior 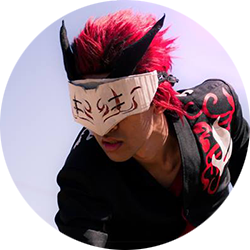 Maad is a streamer, radio host, cosplayer, and entertainer when time permits. He first discovered his unique lifestyle back on the island of Lana’i, where binge watching anime was his forte but his heart craved more. Maad started by watching cosplay tutorials then took a creative turn and learned his arts from FX makeup artists and Drag Queens to achieve alternative solutions cosplay problems he tends to face. Although Maad always likes to carry a grimace look while in cosplay he loves to socialize.

Hello! My name is Angel, and I have been cosplaying for 3 years, so I’m relatively new on the scene compared to my fellow judges. I am also a graduate of UH Maui College’s fashion technology program, so my strongest point in making cosplays is sewing the clothing. I hope I demonstrated my skills well with my Poison Ivy cosplay at last year’s Maui Comic Con! While my prop- making and wig-styling skills may be novice- level, I am very confident in my ability to work with fabrics. 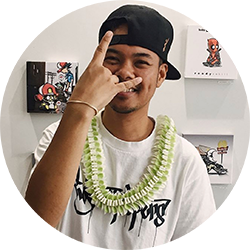 “Derick Fabian, (founder of 7Sketches), is a Hawai’i-based artist known for his original sticker art, or “slaps”. Blending the spheres of cartoons, anime, comic books and manga, along with hip-hop and local culture, 7Sketches has created a world of mashup characters that are infiltrating the Honolulu city scene” – Camille Wong, Digital Media Coordinator for 7-11

Derick has also had the great pleasure and honor of collaborating other creatives, brands, and companies he has been a huge fan of including the legendary Thrilla Krew, Vampy Bit Me, Quiccs, Martian Toys, and 7-11. 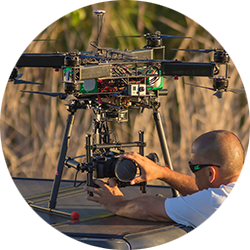 Product Test Manager / Cinematographer – Cabrinha (cabrinhakites.com). Oversee testing of new products, R&D contributor, capture and document how much fun can be had when you get to play with toys for a living.

Addicted to the ocean. Inspired by nature. Love anything to do with cameras, drones, surf, sand, and icy cold beverages. 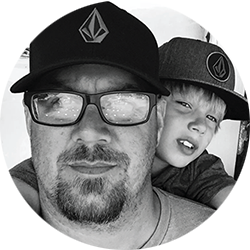 Patrick Dunne is a Ha’iku, Maui based artist and graphic designer. His art ranges from mixed media pop art to more traditional landscape paintings, and just about everything in between. He is constantly evolving his style and is never afraid to experiment with new techniques and materials. Originally from Los Angeles, Dunne received his BFA in Illustration from the Rhode Island School of Design in the mid-nineties. He continued to move around the country, gathering inspiration and experience, until nally settling on Maui fifteen years ago. A graphic designer for over twenty years, Patrick has worked with amazing companies around the world and is currently the Chief Graphic Designer for Cabrinha Kiteboarding. 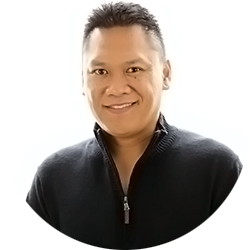 Joe Cortez, Founder and CEO of Next Level Entertainment was born and raised on the island of Maui, Hi and started his successful DJ career at the age of 15. He is an award-winning, accomplished and reputable disc jockey. In 1992, Joe became the first Maui DJ to win an Oahu DJ Battle Competition and later became the first Maui DJ to earn a mixshow DJ spot on Oahu’s KIKI I-94 radio station. Besides the love and passion for DJing, Joe Cortez is also a big fan of Marvel comics/movies and DC Comics/movies. Joe Cortez has attended the one and only SDCC (San Diego Comic Con) back in 2016 and been a fan of Comic Con culture ever since.